OCT. 15-25 | Explore the coastal cities of the eastern Mediterranean aboard Oceania Cruises’ Marina. 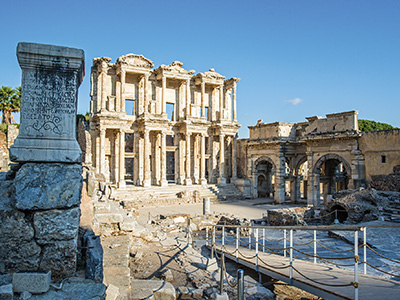 Begin in Athens, one of the world’s oldest cities. Travel to Rhodes and spend the day admiring the idyllic scenery of the largest of the Dodecanese. In Kuşadasi, visit the Temple of Artemis or escape to the nearby ruins of the city of Ephesus. Discover the dramatic seascapes of Santorini before cruising to Katakolon, a peaceful town with seaside cafés and galleries.

Relax along the coastline of Corfu, a unique coastal city with a colonial-style old town, and then discover the walled medieval city of Kotor, a UNESCO World Heritage site that showcases narrow streets and a twelfth-century cathedral. Your journey will end with two days in the timeless city of Venice, but before that, stop in Zadar and tour its majestic churches, museums, and stroll down its seaside promenade.