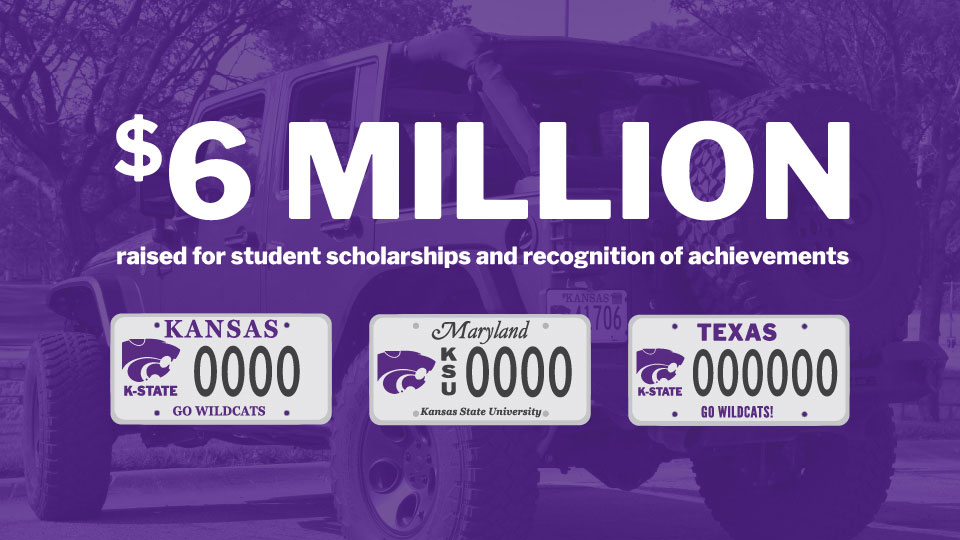 Since the state-issued K-State license plate program began in 1996, the tax-deductible royalties paid on the license plates have raised more than $6 million for student scholarships and recognition of achievements. This includes the K-State Legacy Scholarship and the International Student Scholarship programs.

There are more than 11,000 official K-State license plates on the highways issued in Kansas, Texas and Maryland.

Additionally, the K-State license plate is the most popular affinity plate in the state of Kansas.

“Thank you to the many loyal K-Staters whose support has allowed us to make a lasting impact on thousands of K-State students,” said Amy Button Renz, president and CEO of the K-State Alumni Association. “Through your display of Wildcat pride with a K-State license plate, we’ve been able to provide thousands of scholarships and recognition opportunities to K-State students. The Alumni Association would also like to thank the staff in the county treasurers’ offices for helping K-Staters to purchase the plates.”