The K-State Alumni Association will honor Kansas State University alumni Dr. Jerry Jaax and Dr. Nancy Dunn Jaax as the recipients of the Alumni Excellence Award. They will receive the award at a banquet on Friday, Nov. 12, at the K-State Alumni Center.

Tickets for the event are on sale at k-state.com/AlumniExcellenceDinner2021.

The Alumni Excellence Award is an annual award recognizing an alumna or alumnus of K-State whose career, service and achievements exemplify the spirit, values and excellence of the university. 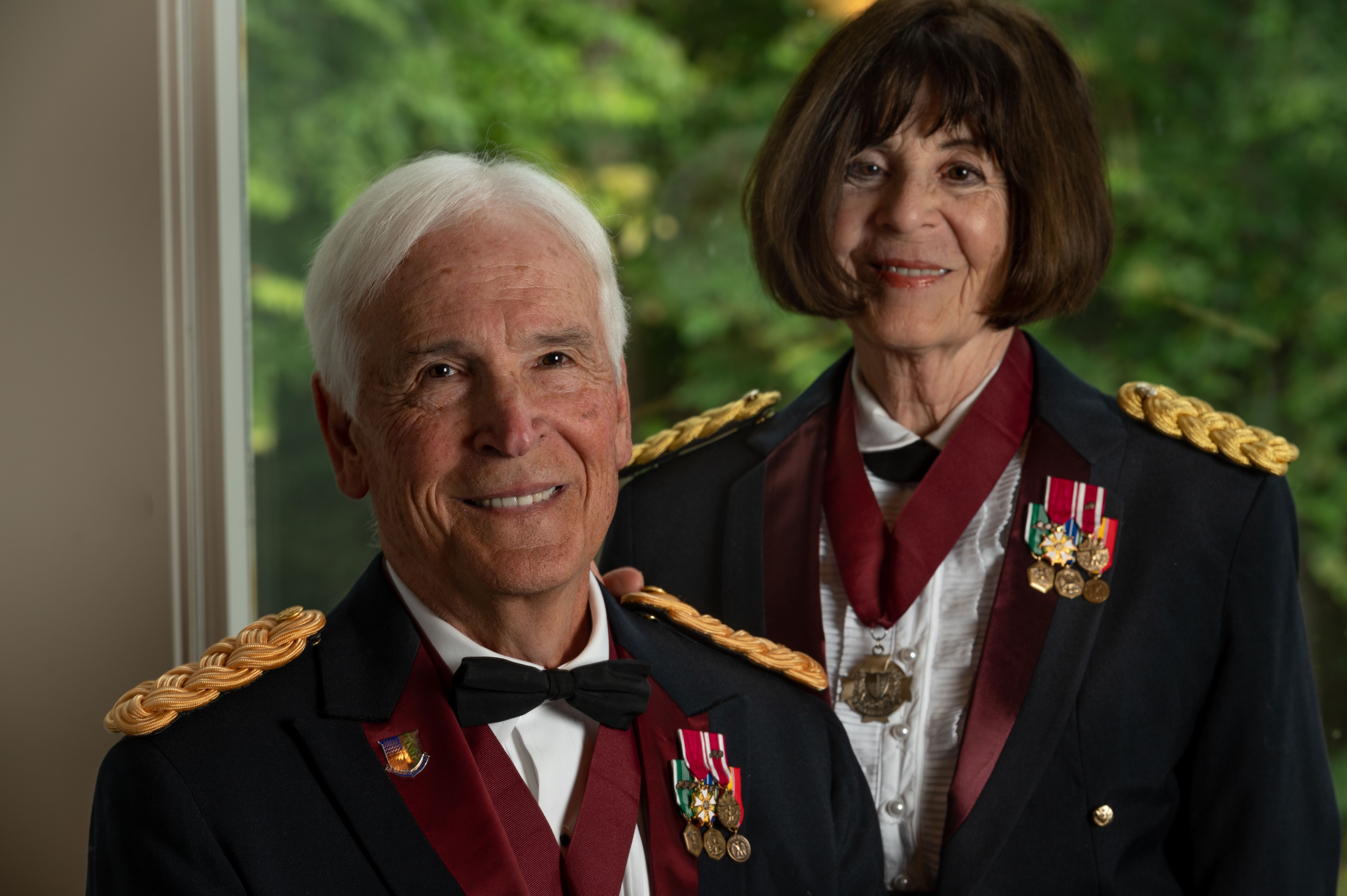 “The Alumni Excellence Award exists to celebrate and showcase our K-State alumni for their contributions to society,” said Amy Button Renz, president and CEO of the Alumni Association. “Jerry and Nancy have made the world a better and much safer place because of their research, training and teaching of others and hard work in critical moments. We are thrilled to honor them.”

The Jaaxes have a long career in biosecurity, biosafety and high-hazard infectious disease research. As colonels in the U.S. Army Veterinary Corps, each was awarded the Legion of Merit, the Order of Military Medical Merit and numerous other recognitions, awards and commendations.

The Jaaxes assisted the military team that led the response to the Ebola virus outbreak in Reston, Virginia, in 1989. Their experience in Reston provided a blueprint on how to keep American responders and workers safe during the Ebola outbreak in 2014. The Reston incident inspired the New York Times No. 1 bestseller The Hot Zone by Richard Preston and a 2019 National Geographic limited miniseries of the same name.

Jerry Jaax served as K-State’s associate vice provost for research compliance and the university veterinarian. Nancy Jaax served as special projects officer in the Office of Sponsored Research Programs at K-State. Both were instrumental in winning the national competition for the National Bio and Agro-Defense Facility, commonly referred to as NBAF, and in the development of the Biosecurity Research Institute, or BRI, at Pat Roberts Hall. Both are College of Veterinary Medicine Alumni Fellows.

The Alumni Excellence Award is made possible by the generosity of the Curt and Sherry Frasier family of Beloit, Kansas. Both are 1973 graduates of K-State. For more information about the awards programs, visit www.k-state.com/awards or call the K-State Alumni Association at 785-532-6260.